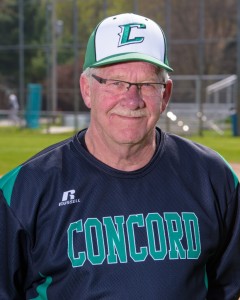 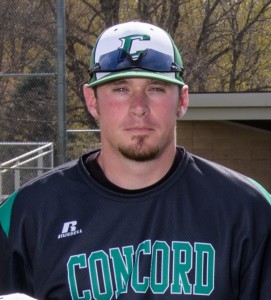 Jim Treadway has announced his retirement as head baseball coach at Concord High School after four seasons at the helm.  The Minutemen were 63-45 during this time, finishing in the top half of the Northern Lakes Conference each year and as Elkhart Sectional Champions in 2014.

On Monday, November 23, 2015, the Concord School Board approved Eric Nielsen to take Treadway’s place as head coach.  Nielsen served as an assistant coach during the spring 2015 season.

Nielsen attended Elkhart Memorial High School from 1999-2004.  While at Memorial, he was all-conference, all-state, and a Mr. Football finalist in football and all-conference and a North/South all-star in baseball. He went on to Purdue University where he was a three year starting catcher and three-time Academic All-Big Ten selection.   Nielsen spent two summer seasons in Madison, Wisconsin playing for the Mallards of the Northwoods League where he was a two-time All-Star and received a Golden Glove Award in 2007.

Nielsen was also a professional scout for the New York Mets from 2012-2014.  In 2013, he was named the head hitting instructor for the Indiana Nitro travel league based in Noblesville.  Nilesen began teaching social studies and joined the baseball staff at Concord High School in fall 2014. He is married to Kim and has two daughters.