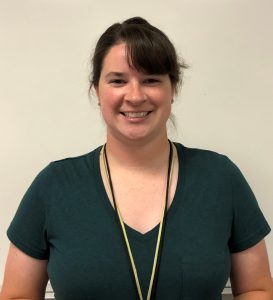 Andrea Pinarski has been named to the position of Head Softball Coach at Concord High School.  Pinarski’s hiring was approved by the Concord School Board on September 3, 2019.  She takes over for Dawn Austin who resigned at the end of May after seven seasons at the helm.

Pinarski is a 2009 graduate of Concord High School where she played softball all four years, earning three varsity letters and two NLC All-Conference honors under head coach Robb Freeze.  She earned All-State recognition her senior year and played on the North-South All-Star team.  She also played volleyball and basketball while at Concord.  Following graduation, Pinarski competed in softball all four years at Dominican University where she earned NFCA All-Great Lakes Region accolades as a utility player in 2011.  She served on the President’s Student Athlete Advisory Panel in 2012.  She graduated with a Bachelor’s Degree in Mathematics, and a Certification in Elementary Education in 2013.

Pinarski currently teaches Mathematics at Northside Middle School in Elkhart.  She also served on the Elkhart Memorial High School softball staff as the JV coach and varsity assistant coach for the past five seasons.  She has volunteered with Goshen Little League, Concord Revolution, and Elkhart summer softball teams.  Her younger siblings have followed in her footsteps with Stephen and Michael playing baseball collegiately at Manchester University, and Nathan and Lukas playing through Little League and travel ball.  Pinarski is engaged to Jacob Bucher with a fall wedding on the horizon.