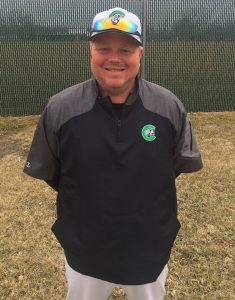 The Concord Community School Board of Trustees officially approved Greg Hughes as head baseball coach at their meeting on January 21, 2020.  Hughes takes over for Pat Doherty who resigned after one season as head coach.

Hughes graduated from Frankton High School in 1990 where he played baseball all four years.  He went on to play collegiately for four years at Indiana Wesleyan University where he was twice named to the All-Conference Team and was named 1994 Mid-Central Conference Player of the Year and First Team All-American.  He spent one season as an assistant coach at IWU and also spent a summer playing baseball for Athletes in Action in South Africa against Olympic and National Teams.  He also played three seasons with the semi-pro Kokomo Saints summer team.

Hughes served as head baseball coach for five seasons at Frankton High School in Frankton, IN from 2009-2013, going 55-51 before moving north for job reasons.  He was an assistant coach at Fairfield High School in 2018 and then joined the Concord staff as JV coach for the 2019 season.  He is currently an equipment operator for the Goshen Street Department and resides in Millersburg.