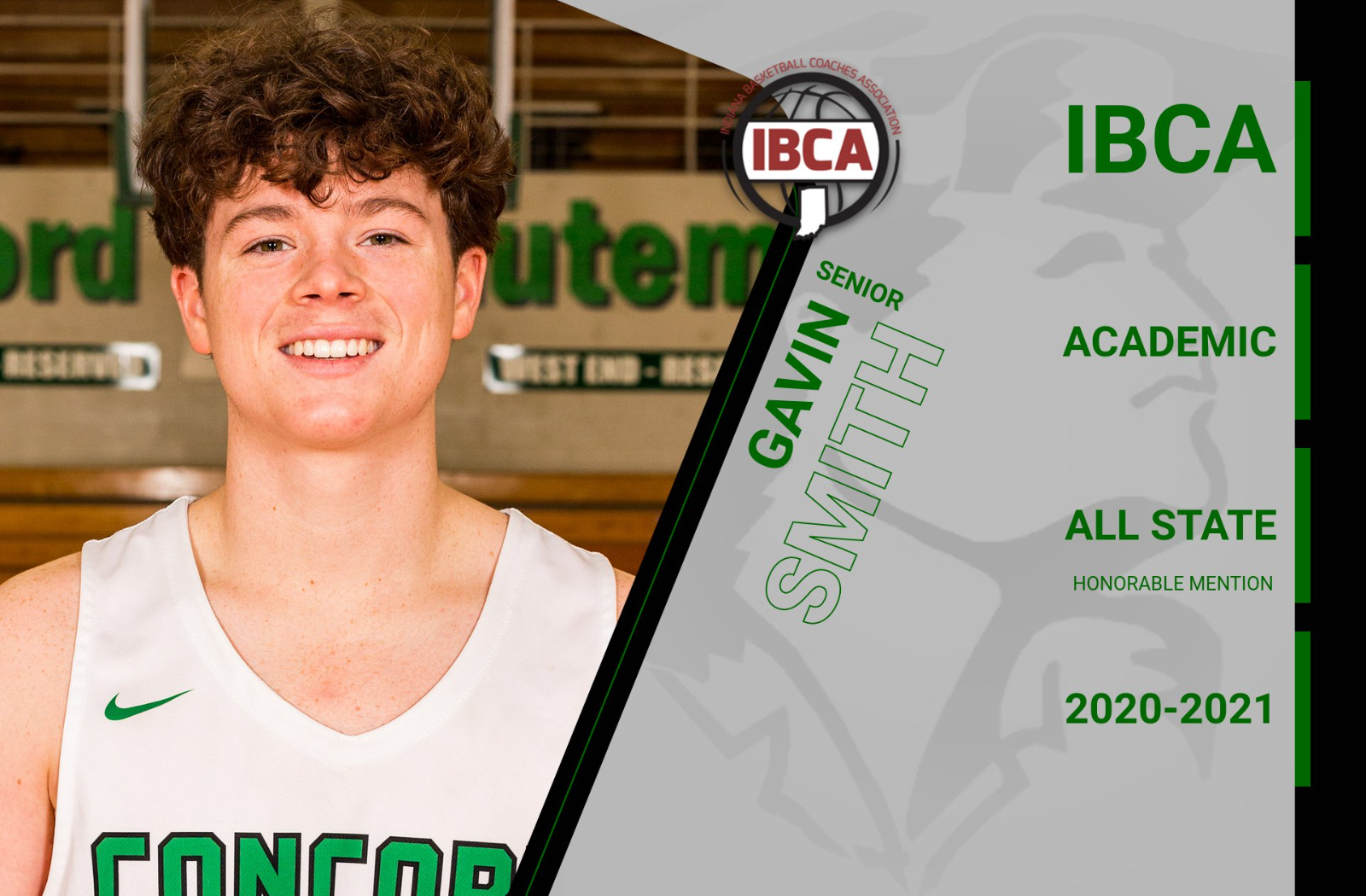 Congratulations to Concord senior Gavin Smith who was named to the 2020-2021 Indiana Basketball Coaches Association Academic All State Team!

The IBCA Academic All-State program is one where academic prowess and athletic prowess both are considered in the selections. Items such as grade-point average and academic class rank are considered along with athletic performance in areas such as points per game, rebounds per game and assists per game. In most years, college board scores also are considered. This year, because of the COVID-19 pandemic, some students not taking the SAT or ACT and some colleges not requiring those results, the IBCA waived its previous college board requirements.

“The quality of these student-athletes shows that success in academics and success in athletics are not separate entities,” Witty said. “Rather, in many cases, a player’s success in the classroom directly contributes to his or her success on the floor.”

IBCA-member head coaches from schools across the state may nominate their senior student-athletes who meet criteria that include a 3.5 GPA or higher on a 4.0 scale and a class rank in the upper 25 percent of one’s class. Traditionally, the IBCA has required an SAT score of 1,100 (on the reading and math sections) or an ACT composite score of 24 on the college boards, but, as mentioned earlier, those requirements were waived this year.

Once nominations were received, an IBCA committee reviewed the information and determined awards for first team and honorable mention.

A complete listing of team members may be found here.