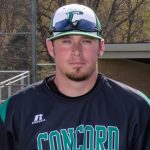 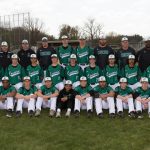 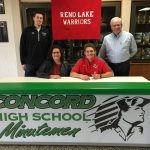 Congratulations to CHS senior Jake Vernon who signed his letter of intent to continue his academic and baseball careers next year at Rend Lake College in Ina, IL. Pictured in front are Barbara Vernon (mother) and Jake Vernon.  In back are Indiana Chargers travel coach Justin Barber and CHS Head Baseball Coach Jim Treadway. 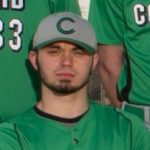 2014 Concord senior Nick DeFreese has been invited to play in the 2014 Indiana High School Baseball Coaches Association North-South All-Stare Series July 11 to 13 at Earlham College.  Nick was a member of the 2014 Baseball Sectional Championship team at CHS.  Congratulations Nick! 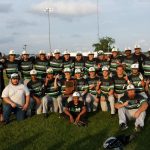 Congratulations to the Concord baseball team for defeating Warsaw 2-1 to win the Elkhart Memorial Sectional on Monday, June 2.  This is the first sectional title for the program since 2009. To read an article on the game from the Elkhart Truth, click here. 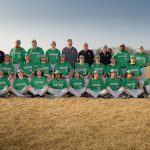 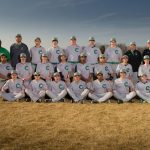 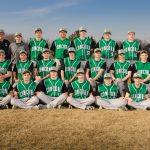